This guide provides information that will help you resolve common Airflow DAG issues. If you're new to Airflow, you should review the Intro To Data Orchestration With Airflow webinar.

This guide focuses on Airflow 2.0 and later. For older Airflow versions, the debugging steps might be different. 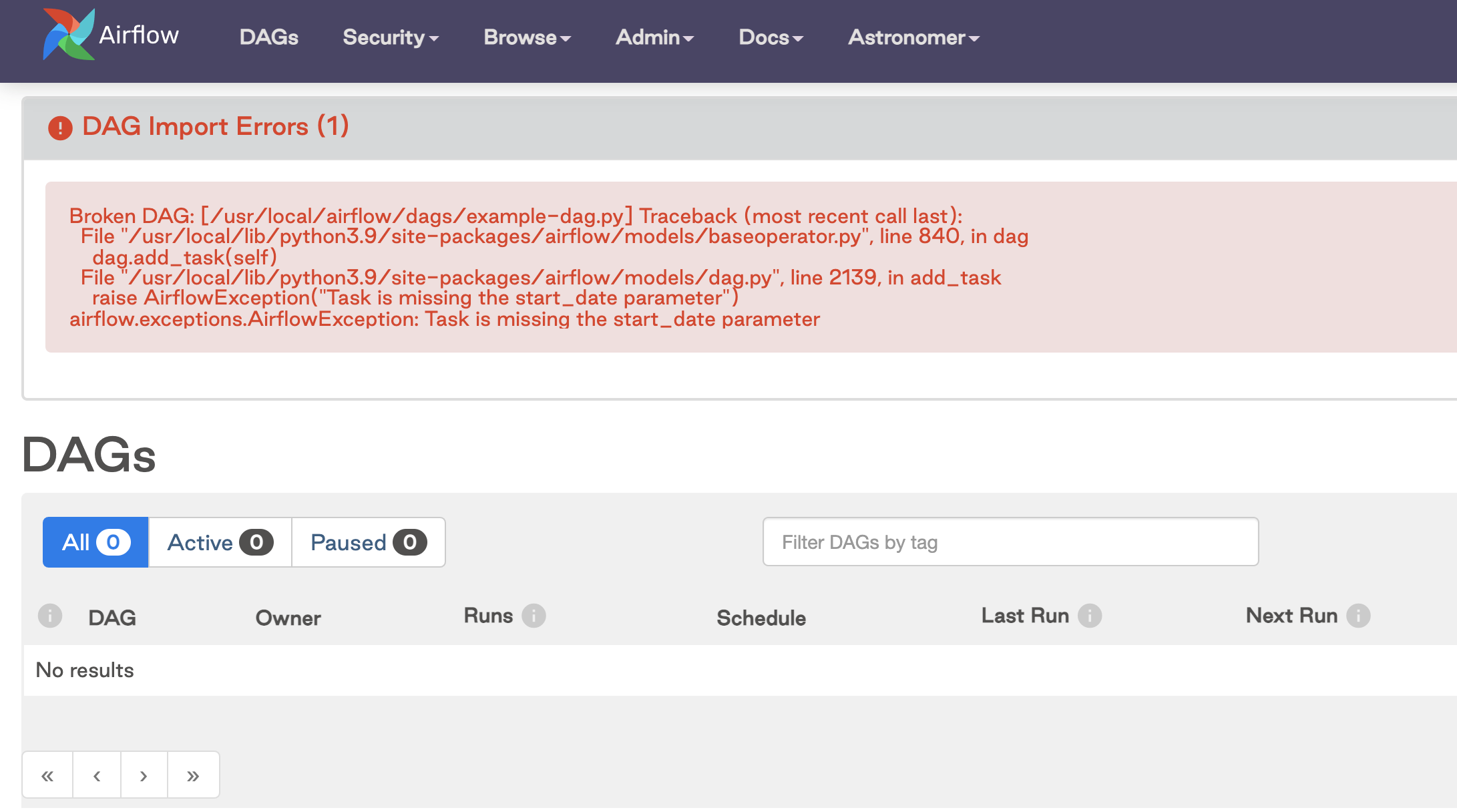 This error message should help you troubleshoot and resolve the issue.

If you don't see an import error message, here are some debugging steps you can try:

If DAGs don't appear in the Airflow UI when working from an Astronomer Airflow Deployment, there are a few additional things you can check:

A frequent cause of DAG import errors is not having supporting packages installed in your Airflow environment. For example, provider packages that your DAGs use for hooks and operators must be installed separately.

How you install supporting Python or OS packages is determined by your Airflow setup. If you are working with an Astronomer project, you can add Python and OS packages to your requirements.txt and packages.txt files respectively, and they will be automatically installed when your Docker image builds when you deploy or start a project locally.

One thing to watch for, especially with Python packages, is dependency conflicts. If you are running Airflow using Docker, these conflicts can cause errors when you build your image. With the Astro CLI, errors and warnings are printed in your terminal when you run astro dev start, and you might see import errors for your DAGs in the Airflow UI when packages fail to install. In general, all packages you install should be available in your scheduler pod. To confirm you packages were installed successfully, see Confirm your package was installed.

Your DAG is visible in the Airflow UI, but your tasks don't run when you trigger the DAG. This is a common issue and the cause can be very simple or complex. The following are some debugging steps you can try:

Tasks have a failure status​

To view task run failure information, go to the Tree View or the Graph View in the Airflow UI. Failed task runs appear as red squares. 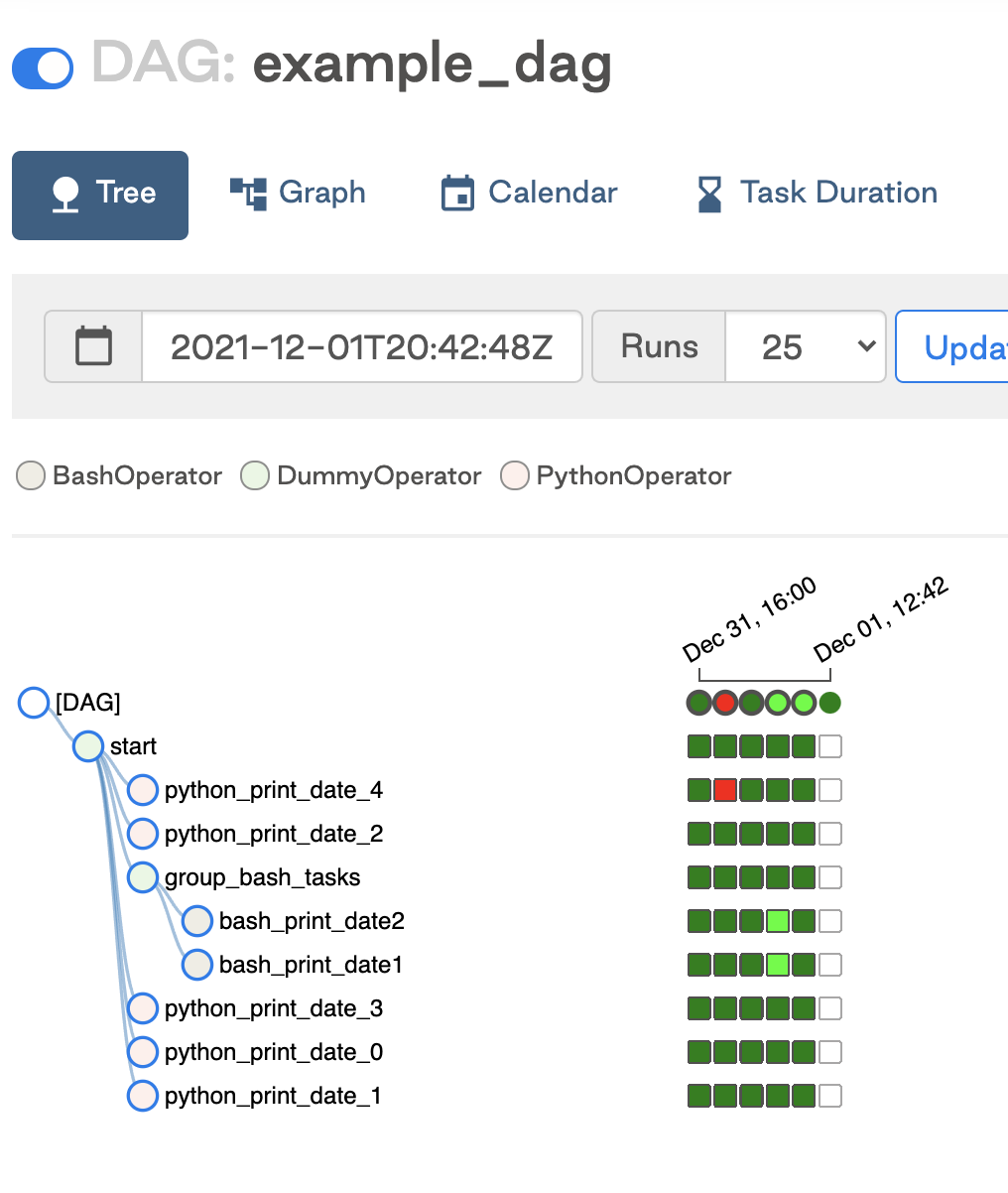 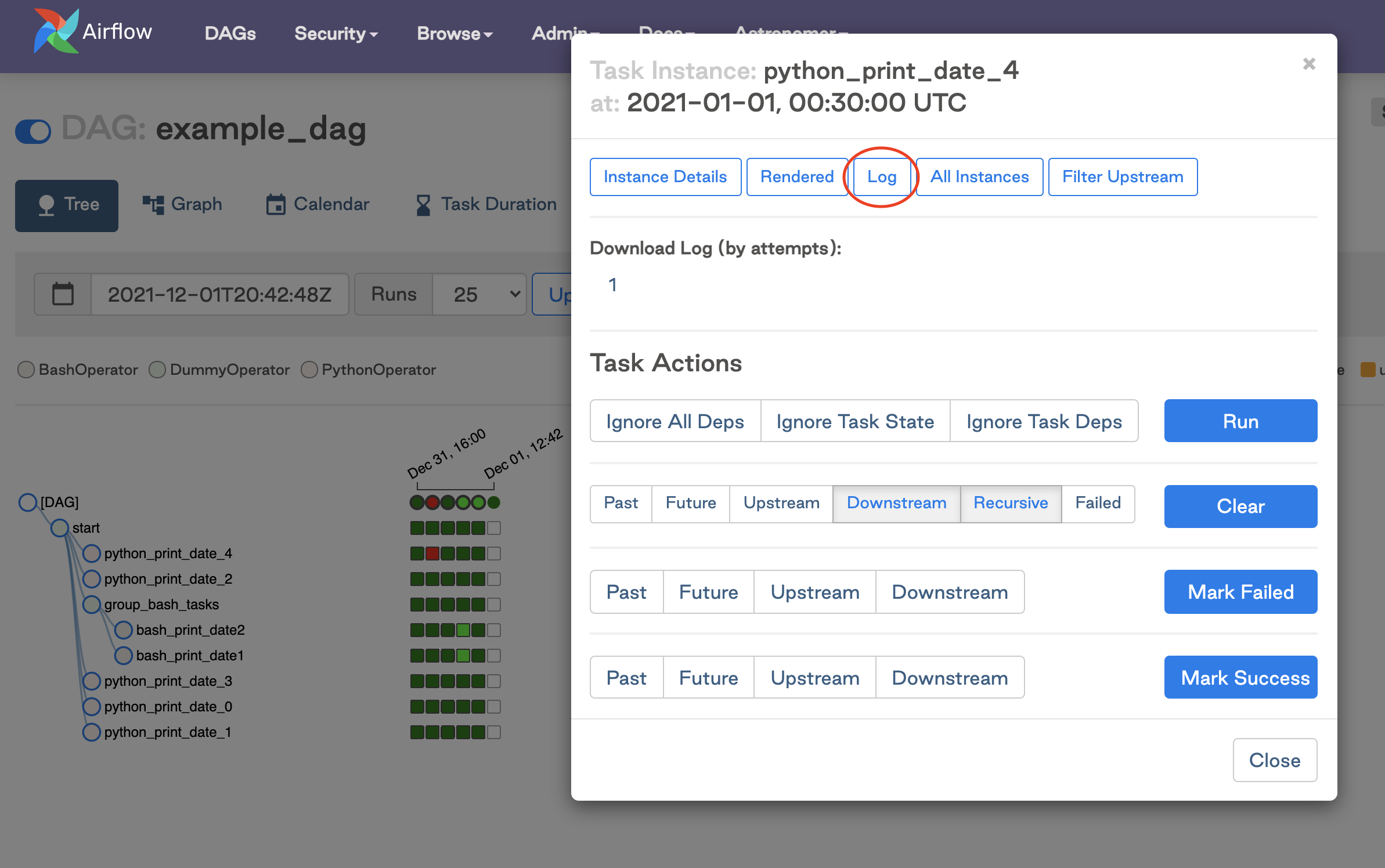 The task logs provide information about the error that caused the failure. 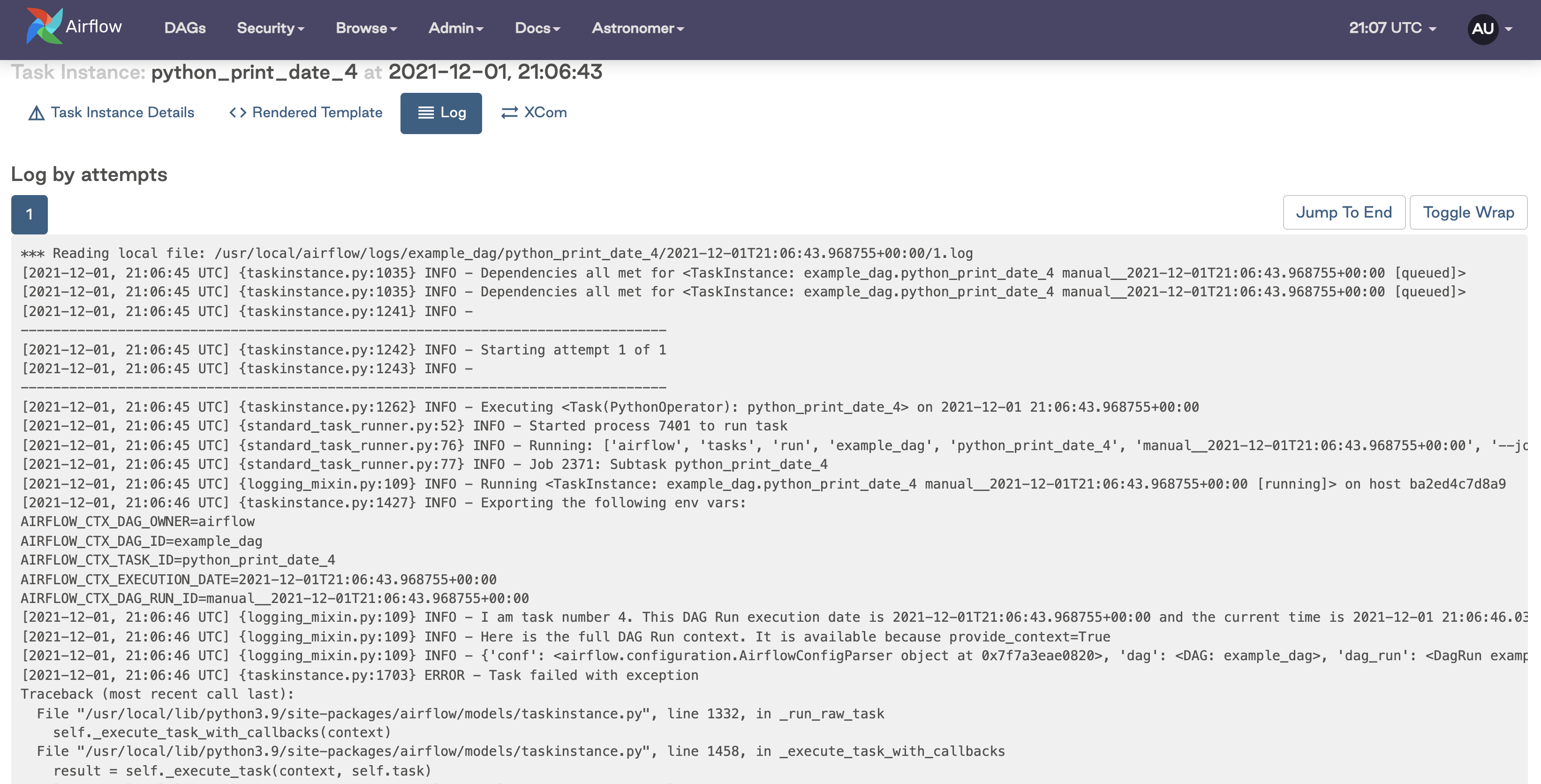 To help identify and resolve task failures, you can set up error notifications. See Error Notifications in Airflow.

Task failures in newly developed DAGs with error messages such as Task exited with return code Negsignal.SIGKILL or containing a -9 error code are often caused by a lack of memory. Increase the resources for your scheduler, webserver, or pod, depending on whether you're running the Local, Celery, or Kubernetes executors respectively.

When you check your task logs to debug a failure, you may not see any logs. On the log page in the Airflow UI, you may see a spinning wheel, or you may just see a blank file.

Generally, logs fail to appear when a process dies in your scheduler or worker and communication is lost. The following are some debugging steps you can try:

While the specific error associated with a poorly defined connection can vary widely, you will typically see a message with "connection" in your task logs. If you haven't defined a connection, you'll see a message such as 'connection_abc' is not defined.

The following are some debugging steps you can try:

If you've made any changes to your code, make sure to redeploy and use the code view in the Airflow UI to make sure that your changes have been captured by Airflow.

To rerun your DAG or a specific task after you've made changes, see Rerunning Tasks.

The information provided here should help you resolve the most common issues. For help with more complex issues, consider joining the Apache Airflow Slack or contact Astronomer support.