Skip to main content
The documentation for Astronomer Software version 0.25 is no longer actively maintained. It is updated only to ensure technical accuracy and reflect current functionality.
For up-to-date documentation, see the latest version (0.30).
Version: 0.25

A Workspace is the highest level of organization on Astronomer. From a Workspace, you can manage a collection of Airflow Deployments and a set of users with varying levels of access to those Deployments.

If you're not a member of any Workspaces already, you'll be prompted to create one as soon as you log in to the Software UI. If you already have access to at least 1 Workspace, you can create a new one using the New Workspace button in the sidebar of the Software UI.

This guide walks through the best practices for creating and managing Workspaces as a Workspace admin. It's organized by the 4 tabs you can access from a Workspace's menu in the Software UI:

To create a new Deployment, click the New Deployment button in the Deployments tab or use the Astronomer CLI as described in CLI Quickstart. For more information on configuring Deployment settings and resources, read Configure a Deployment. 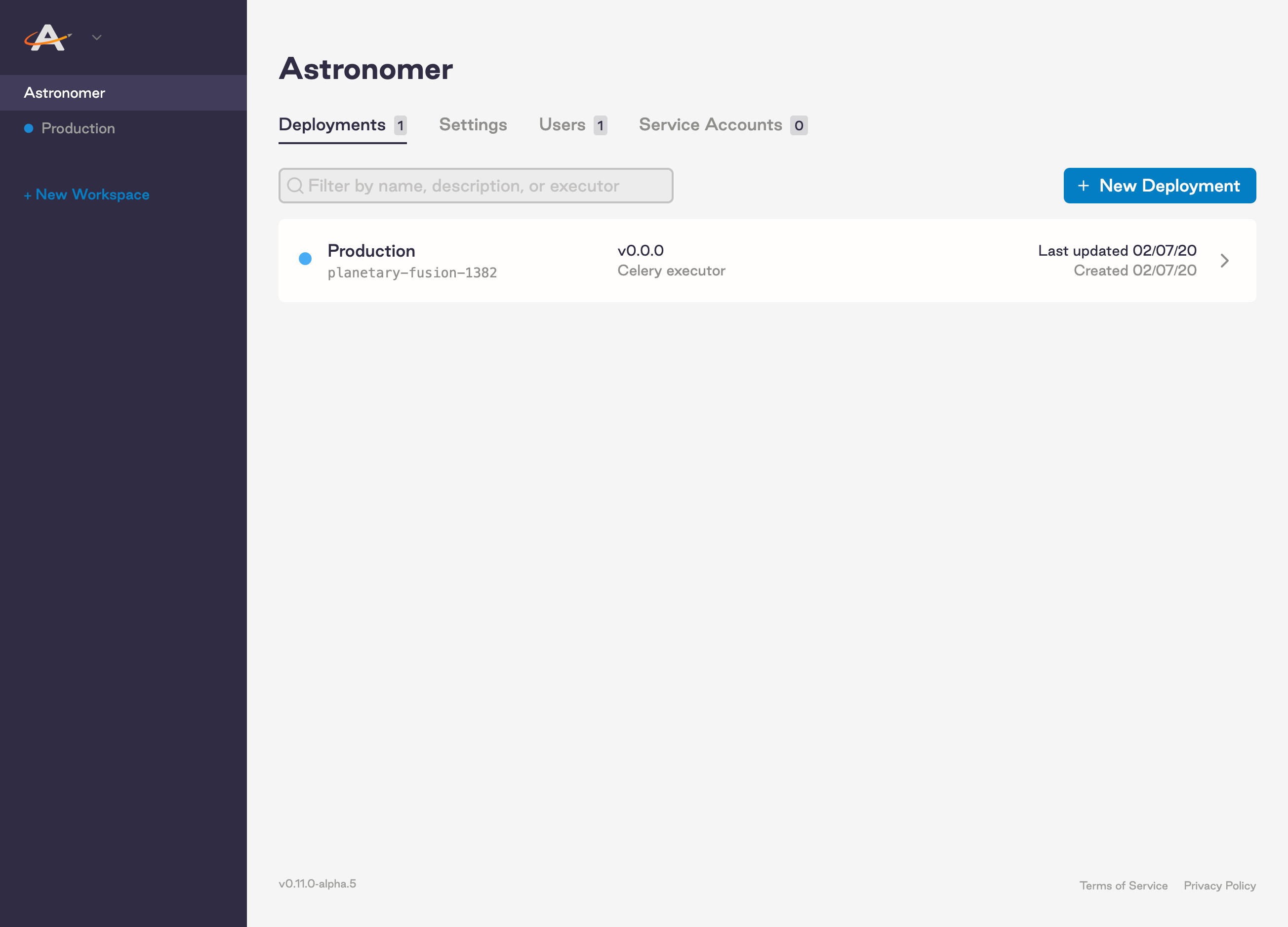 Deployments cannot be used or shared across Workspaces. While you’re free to push local DAGs and code anywhere you wish at any time, there is currently no way to move an existing Airflow Deployment from one Workspace to another once created.

You can rename your Workspace or rewrite its description in the Settings tab. While these fields have no effect on how tasks are executed, we recommend configuring them to give users an idea of the Workspace's purpose and scope.

You can see who has access to the Workspace in the Users tab.

An exact breakdown of user roles and their respective levels of access can be found in Manage User Permissions on an Astronomer Workspace.

In addition, Software system admins can add or remove specific permissions for each type of user role. For more information on this feature, read Customize Permissions.

To automate actions at the Deployment level, create a Deployment Service Account. For more information on this feature, read Deploy via CI/CD.